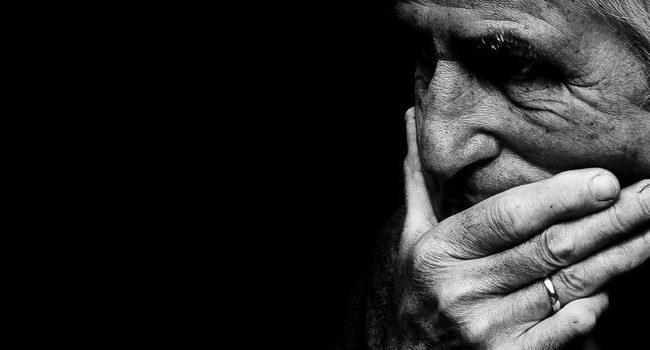 So much time is wasted thinking about worse case scenarios but it is far better to stop worrying and realise what frightens you probably won’t happen.

I have recently begun working with a lovely lady. In her early 60’s who is plagued by two things, her ill health and worrying about her ill health. She text me a few days ago with this message ‘I’m exhausted, hardly slept a wink, just lay in bed worrying. This particular bout of worry was brought on by a letter from the doctor informing that he was organising for her to have a Colonoscopy which is an endoscopic examination of the large bowel and the distal part of the small bowel with a CCD camera or a fibre optic camera inserted through ones back passage. Not a pleasant thought but a simple painless procedure. Her main concern is what if, what if there’s a big problem, my Doctor must believe there is or he wouldn’t be arranging me to have this. Her negative self-talk goes on and on bringing her down, she can’t stop worrying about it.

What is worry anyway? A simple definition is:

• To think about problems or fears: to feel or show fear and concern because you think that something bad has happened or could happen
• The state of being anxious and troubled over actual or potential problems
• To torment oneself with or suffer from disturbing thoughts; fret.

This client of mine was totally preoccupied with “what ifs” and worst-case scenarios, and thinking like this will ensure the only outcome will be worry bringing on problems. Unrelenting doubts and fears can be paralyzing. They can sap your emotional energy, send your anxiety levels soaring, and interfere with your daily life

If this sounds like you, then you may be worrying your life away. This excessive worry doesn’t just affect your mental health; it also can wreak havoc on your physical well-being. It is essential that you try to stop worrying so much.

When I look back on all these worries, I remember the story of the old man who said on his deathbed that he had a lot of trouble in his life, most of which never happened. Winston Churchill

90% of the things we worry about will never happen!

So isn’t it crazy to spend so much time worrying about these things that probably will never happen? It would make much more sense to stop worrying.

But even knowing this, when worry takes hold of you, it is so hard to shift.

I believe there is one alternative, making a small change which will bring a massive shift in mindset.

Let me give you a crazy example. You go out in the morning jump in your car put the key in the ignition and go to start the car. Nothing happens. Now let’s just say you’re like me and are totally clueless about car mechanics. So you sit there and the first thing you think is ‘heck my car won’t start’. Now perhaps you’re accurately stating the problem, because indeed your car wasn’t starting. But then you think to yourself well I don’t know what to do, I won’t be able to fix this myself, I’m meant to be going to my daughter to look after my grandkids. I can’t let her down she’s got a really important job interview. But as my car won’t start, I won’t get there, she won’t get to the interview, she won’t get this job she’s got her heart set on. She won’t talk to me, ban me from seeing my grandchildren. Then you probably imagine the worst case scenario about the car. It’s going to be a major problem, will cost a fortune, I won’t be able to afford to get it fixed, and I’m going to be stuck at home for ages till I can raise the money. By the time it is repaired I’ll be replaced in my bridge team, my new boyfriend/girlfriend will think I just don’t want to see him or her, so will move on and I’ll be all alone. I’m sure you can go on and on, worrying about your car, your life, world poverty and all the other places your worries will spiral off to.

What if you paused for a breath or two? Stated your problem as you did initially, and then immediately began to focus on the solution. Maybe you could knock on the next door neighbour’s door after all he is always playing under the bonnet of his car. Phone the RAC to come and look at it after all free membership came with your insurance. Meanwhile could you get a taxi, a bus, a train and perhaps still get to your babysitting duties on time. Could your daughter bring the kids to you and you could look after them at you? You get the gist, either worry about the problem or focus on possible solutions. It is far better to stop worrying.

“Worry does not empty tomorrow of its sorrow, it empties today of its strength.” Leo Buscaglia

Problem solving involves evaluating a situation, coming up with concrete steps for dealing with it, and then putting the plan into action. Worrying, on the other hand, rarely leads to solutions. No matter how much time you spend dwelling on worst-case scenarios, you’re no more prepared to deal with them should they actually happen, so you should stop worrying.

Simply worrying about things gets you nowhere. Focusing on solutions gives you answers.

One puts you in a negative mindset, the other a positive one.

So the minute a problem occurs, pause, take a few deep breaths and ask yourself these questions:

• What’s the evidence that the thought is true? That it’s not true?
• Is there a more positive, realistic way of looking at the situation?
• What’s the probability that what I’m scared of will actually happen?
• If the probability is low, what are some more likely outcomes?
• Is the thought helpful? How will worrying about it help me and how will it hurt me?
• What would I say to a friend who had this worry?
• Is the problem something you’re currently facing, rather than an imaginary what-if?
• If the problem is an imaginary what-if, how likely is it to happen? Is your concern realistic?
• Can you do something about the problem or prepare for it, or is it out of your control?
• What are my possible solutions to this problem?
• How can I solve this problem?
• If I stop worrying and start thinking of solutions will this serve me better?

It’s going to require you brainstorming, where you make every effort to find a solution for a specific problem by creating a list of ideas and ways to deal with it. Focus on the things you have the power to change, rather than the circumstances or realities beyond your control.

Your other alternative, in different situations is to walk away from the problem. In the car scenario above you couldn’t well at least shouldn’t, but in the case of my client receiving a letter informing her that she’s to have a Colonoscopy maybe she could say what will be will be, there’s no point in wasting my precious time worrying about something I have no control over. So instead for now I’m going to phone a friend and invite them over, or go for a nice long walk. Notice that when you don’t try to control the anxious thoughts that pop up, they soon pass, like clouds moving across the sky. It’s only when you engage your worries that you get stuck. Whatever it is you choose to do stay focused on the present. Pay attention to the way your body feels, the rhythm of your breathing, your ever-changing emotions, and the thoughts that drift across your mind.

If you find yourself getting stuck on a particular thought, bring your attention back to the present moment and stop worrying.

You have to cut out your what if thinking. Don’t waste time on “What if..?” questions: Don’t waste time thinking up situations that ‘might’ happen, but in reality are quite unlikely to happen – that is just a misuse of good brain time! Try to spot when you start asking yourself “What if…?” type questions. The vast majority of the scenarios you create using this approach are never likely to happen – so why waste time thinking about them?

You really need to stop worrying, so try these solutions, you may find they work for you.

If I had my life to live over, I would perhaps have more actual troubles but I’d have fewer imaginary ones. Don Herold

photo credit: Cause for concern. via photopin (license)